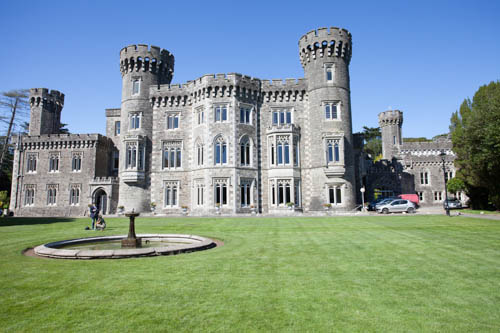 As part of its overall strategic plan to reduce energy costs Teagasc, the Irish Agriculture & Food Development Authority decided to install a district heating system at the research facility in Johnstown Castle, Co. Wexford. This was to consist of a centralised biomass boiler house designed to heat three separate buildings through a network of district heating pipework and replace the dependence on the existing oil fired boilers.

The Teagasc procurement process resulted in the appointment of Filtrex as main contractor with the responsibility for design & build of the project. Filtrex were also appointed PSDS & PSCS for the project.

Filtrex were able to meet and exceed the design requirements by utilising a Herz Biomatic 300kW woodchip boiler in conjunction with a 5000l fully insulated hot water buffer tank.

The new boilerhouse was located remotely from the three separate buildings it was to heat, to utilise existing unused buildings and provide easy access for fuel deliveries. The three buildings, the college, the labs, and the administration offices were connected to the boiler house via underground flexible district heating pipes. Each individual boiler house was integrated into the new heating system with a plate to plate heat exchanger so as not to upset the balance of the existing system.

The woodchip storage area was also located in part of the unused building and was fitted with a spring arm agitator discharge mechanism which feeds the boiler.